Note: some friends asked me to share the storyline, so here it is! I will occasionally update this post if there's any further info/news. 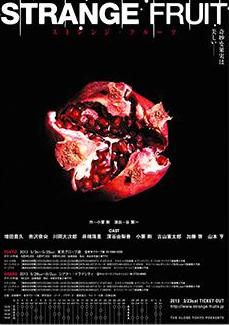 [to the storyline!]
Story
There was once a completely deserted tourist resort. As an attempt to attract tourists again, the city renewed an abolished school into an art facility, and launched a project by inviting various artists. It was set by a curator who was once active as an artist in the front line. The reward for the artist who success in making a masterpiece will be 1 million yen. So, to prepare the art making activities, they started to live together for one year.

However, those seven artists who gathered together started to feel uncomfortable with this art project. There was a rule: they will be banished from the competition if they ever try to get out from the site. Furthermore, in order to start working on their project, all of their contacts with the outside world, including television, internet and telephone had been cut off. When they asked the reason to the person who set up this project, Hisayoshi Ken (edit: Yamamoto Akira), he explained: "there's always something that will disturb the birth of new art. That is the society." In the end, they eventually tried their best to complete the phantom artwork, called 'The Strange Fruit'.

In the last day of the project, the numbers of people were reduced into just two persons. One of them is a person who always betrays and looks down on other people, a cool and also a ruthless person, a filmmaker named Chiba (Masuda Takahisa). The other one is a talented yet overwhelmed woman photographer named Kana (Minamisawa Nao). What would be the end for both of them? And what exactly is a "Strange Fruit"?

Writer: Oguri Tsuyoshi
Director: Tani Kenichi
♥ The story above was translated from Strange Fruit official homepage: www.strange-fruits.jp
♥ Follow their twitter: (at)strangefruitsst and let's hope that Massu will tweet someday!
♥ The stageplay will be started in Tokyo from May 3rd until May 26th (Tokyo Globe) and May 28th until June 2nd in Osaka (Theater Drama City)
And this morning I just saw the poster in

massuaday community (thanks Kat!), and yes Massu looks really ruthless lol. The story sounds great and like one of the Kindaichi's cases for me ^^ Massu, ganbatte!

UPDATE:
(3/24) On his radio Masterhits, Massu said that he received an offer to play on this stageplay and he said yes because Chiba's character is something he had never played before, and said " I want to challenge this new role.."

(3/28) On this week's K-chan NEWS, Massu talked to Keichan about his butai.
Massu: If you comes to my stageplay, I think you're gonna hate me.
Keichan: Really? But you don't have any cool image (teasing Massu)
Massu: I do have now..
Keichan: Whatever you do, you'll end up being cute.
Massu: But I'm cool too.
Keichan: Gai-san (the radio staff) said, this is like a character that Shige will play..
Massu: Shige can't do it, okay. (laughs) That guy...impossible!
Keichan: You're so strict (laughs)

(4/15) Found some scans of Strange Fruits on twitter and auction page (low quality though, but the most important part is the story piece!). Click on the spoiler to see them. 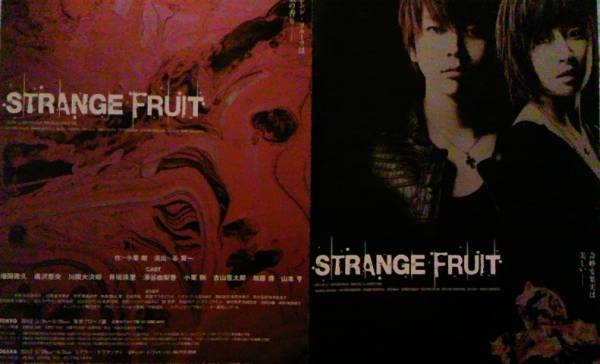 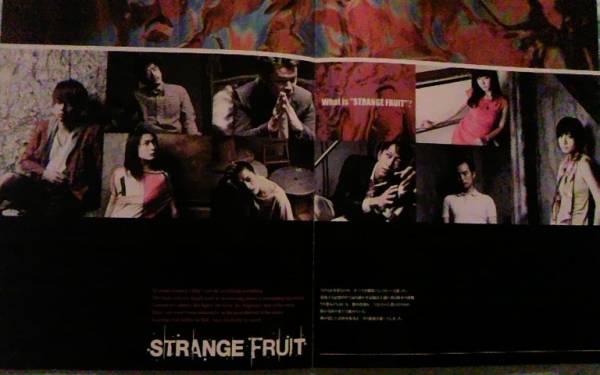 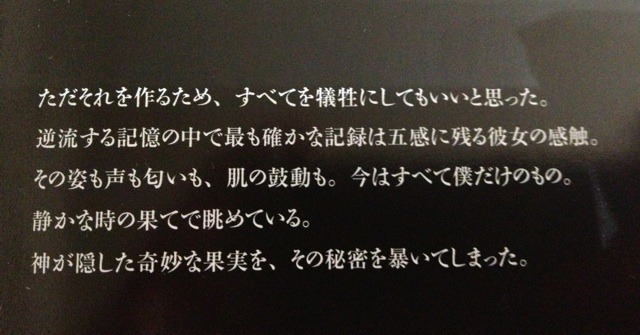 Translation:
"I just wanted to make it, so I thought it's okay to sacrifice everything. Within my flowing back memories, the most perfect one is the feeling of her that remains on my five senses. Her figure, her voice, her scents, and the heartbeats of her skins. They are all mine now. Looking at the result in this quite moment. I've uncovered the secret, the strange fruits that has been hidden by God."